I had the privilege of listening to a talk by Jacqueline Gottlieb at the (virtual) UC Davis Exploring the Mind speaker series last Friday. Gottlieb is Professor of Neuroscience at Columbia University where she is a member of The Kavli Institute for Brain Science and The Zuckerman Institute for Mind Brain and Behavior.

Her talk focused on an aspect of decision making I had not spent much time thinking about before. When we are making a decision, we want to gather as much relevant information as possible. Or, as Gottlieb put it, “animals have a biological imperative to minimize uncertainty.”

In a laboratory setting, researchers often simplify decision making scenarios by presenting a human or animal subject with only the information needed to make the relevant decision. These are the types of studies I have read about before. In the real world, we are constantly bombarded with information and must decide what is most relevant to our current objective. This is what Gottlieb studies.

How do we decide what information to pay attention to? This phase of decision making can be called information sampling, where we consider a number of information streams and decide which one to actively attend to.

Some types of information give us pleasure

This second category of information is not logical or necessarily useful for accurate problem-solving and decision-making, but it feels good to receive it. Researchers call this hedonic information.

After her talk, someone asked why human beings would consider hedonic information. Gottlieb’s response, which she described as hand-waving, was that human beings are built to deal with a much higher extent of uncertainty. “In many cases, there is no optimal solution,” she said. “Hedonic information may be the best way nature has found to make decisions in the absence of certainty. It is a heuristic that allows us to cope with impossibly high levels of uncertainty.”

Gottlieb’s studies are impressive, because she takes care to design them thoughtfully. In each case she aims to change one variable that is important for information sampling while leaving the other one constant.

For hedonic-based information sampling, people decide whether or not to attend to a given source based on both uncertainty and valence of the new information. Valence is whether something is good or bad, a gain or a loss. How human beings assign valence to things is an exciting area of research and a core feature of the human experience. To test this process, Gottlieb held the valence constant (always a gain) while varying uncertainty (Kobayashi et al.).

And then we have curiosity. Gottlieb described curiosity as the consideration of useless information. Curiosity can be thought of as a sub-domain of hedonic information sampling.

In a 2018 review, Gottlieb and Pierre-Yves Oudeyer wrote:

The fact that animals and humans seek information even when it serves no obvious purpose seems closely related to curiosity, and studies of information seeking have set the stage for recent investigations of the neural mechanisms of curiosity.

Curiosity has been repeatedly shown to correlate with activation of reward-related structures in the brain. In a 2019 research paper, Kenji Kobayashi, Gottlieb, and co-authors wrote “The prevalence of curiosity in behaviour therefore implies that decision-makers assign intrinsic value to some property (or properties) of internal states that are engendered by information.”

In other words, we are curious because it feels good to learn something new. Just like hedonic information more generally, “perceptual curiosity– a desire to obtain new sensory inputs — and epistemic curiosity– an interest in new knowledge or semantic information,” is based on subjective utilities and costs that result in individual preferences (from 2015 research paper by Adrien Baranes, Pierre-Yves Oudeyer, and Gottlieb).

A link between emotion and conscious awareness?

It is time for some speculation of my own. Where does consciousness fit into this picture?

First, let’s consider levels of consciousness. There is a significant pile of research papers indicating that noradrenaline (also called norepinephrine) floods the brain when we are in a sudden state of uncertainty, as when something unexpected happens, or we are being tested.

Noradrenergic nuclei are a major component of the ascending reticular activating system, which regulates levels of arousal (described in detail in this previous post). When released, noradrenaline says ‘WAKE UP!!!’ such that we can attend to incoming information streams.

Next, let’s consider contents of consciousness. We can unconsciously pay attention to information streams, and even perform higher level functions such as information sampling and making decisions, without ever having that information enter our conscious awareness.

For example, think of driving a familiar route home after work. You are continuously making decisions in order to avoid collision and get home as fast as legally possible, but you are not thinking about it. Your mind is likely wandering or focused on the podcast or music you are listening to.

One exception to this is when something unexpected happens. If another vehicle pulls in front of you on the freeway and aggressively slams on their brakes, you can bet that information is going to show up in your conscious contents.

When we are sampling information in non-threatening situations, is the surprise we experience when encountering unexpected information enough to make that information enter our conscious contents?

How about the good feelings we have when encountering hedonic information? Is that enough to bring that information into our conscious contents?

A recent study by John Kounios’s Creativity Research lab at Drexel University suggests that the answer to this second question is yes. In “An insight-related neural reward signal,” Yongtaek Oh et al. describe two types of problem solving. One is the analytical, deliberate, conscious consideration of information until you arrive at a solution. The other feels to the individual like a solution “emerges into consciousness suddenly and in a discrete, all-or-none fashion.” This is called insight. Furthermore, insight’s “cognitive component, the representational change, is often accompanied by a sudden, pleasurable effect.”

Similar to what Gottlieb reported in “Diverse motives for human curiosity,” Oh et al. found that there are individual differences in reward sensitivity, and individual tendencies to use one form of problem solving over another.

The highly reward sensitive group tended to use insight to solve problems more often, but this trend was marginal. This may be due to the simplicity of assigned task — solving anagrams. Perhaps a testing environment that is closer to a real world situation, where there is no optimal solution, would make the link between reward sensitivity and insight more apparent.

It seems we are wired to feel a sense of shock when our expectations are wrong, and to feel pleasure when we attend to certain types of information or solve a problem. Is emotion the signal that brings certain contents into conscious awareness? Might the differences in our subjective experience arise from our individual emotional associations?

Take math, for example. I have long thought that an individual’s success in math is better predicted by their emotional association with it than by cognitive ability (though both are important, and high cognitive functioning will likely make math easier and therefore more rewarding). I have noticed that some people are emotionally repulsed by math, while others find enjoyment in working through and solving math problems, even when it takes them a long time. This difference in emotional tendency predicts their success. I would guess that early math education experiences create these emotional associations.

In Oh et al., the authors attempted to determine the brain activity specific to insight problem solving. Human research subjects were outfitted with EEG headsets and presented with anagrams to solve, one at a time. They were asked to hit a button when they had solved the anagram. Then they said the solution out loud. Next, they were asked to self-report on their experience of arriving at that answer, by selecting between three options:

In addition, all research subjects answered an 8-item questionnaire to determine their reward sensitivity.

The researchers found a pattern of gamma-band activity (oscillatory neural activity from 30–37 Hz) that they believe marks the moment of insight. Or, as they put it, the gamma-band activity is the “neural correlate of the conscious availability of solutions derived by insight.”

In trials where subjects reported using insight to solve the anagram, gamma-band activity was observed in the left inferior temporal gyrus and right middle frontal gyrus from -540 to -428 ms prior to button-press. “The timing of this burst of activity reflects a plausible amount of time for a participant to become consciously aware of the solution and execute a button-press,” Oh et al. wrote.

Another burst of gamma-band activity of 30–33 Hz was observed in the orbitofrontal cortex just following the moment of insight, from -438 to-355 ms before the button press. This second burst was stronger in individuals with higher reward sensitivity.

The orbitofrontal cortex is innervated by dopamine-releasing neurons. “Orbitofrontal cortex is activated in response to a variety of basic hedonic experiences, such as food, orgasm, addictive drugs, and positive social interactions including shared laughter, looking at baby faces, and also more abstract pleasures such as music and aesthetic experiences,” Oh et al. wrote. “The reward-related insight effect localized to right orbitofrontal cortex suggests that insight recruits the same brain regions as other hedonic pleasures and supports the idea that insight is rewarding.”

The authors argue that the fact that the reward signal occurs within 100 ms of the insight signal suggests that “the neural reward associated with an insight is not due to subsequent conscious appraisal of the solution but is integrated with, or triggered by, the insight.”

However, they admit that their experimental design and results do not allow them to say conclusively if insight causes a reward signal or if insight is integrated with a reward signal. If future studies can answer this question, we will be one step closer to understanding a mechanism by which information enters our conscious awareness. 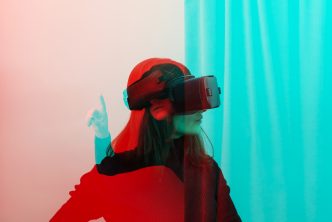 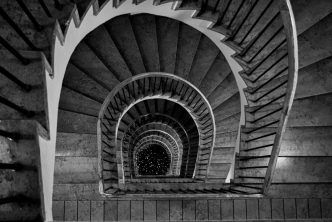 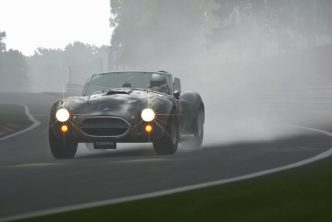 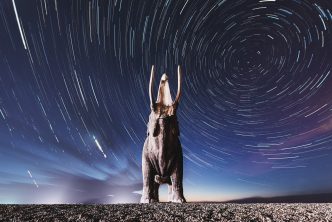